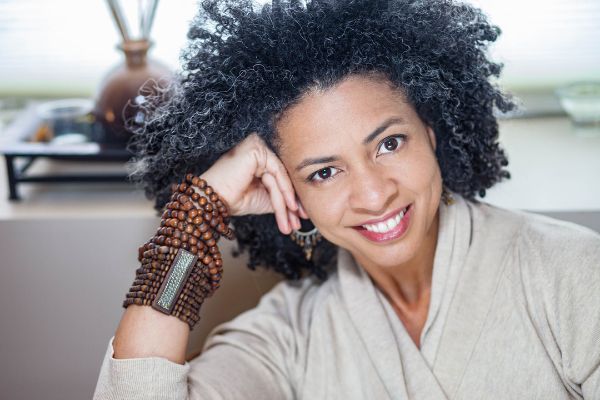 A consummate holistic seeker, Johanne began her initial foray into Eastern philosophies 20 years ago, with a dedicated yoga practice, as well as formal Feng Shui studies. But her evolution into her life’s passion as a practitioner of the healing arts began earlier, with a love of dance. As a dancer, she knew to appreciate the body as a physical manifestation of the soul. The fundamental concept of the human being as a unified whole of body, mind, and spirit naturally resonated and motivated her to delve deeper into the science of Eastern medicine. She began to formally study Chinese Medicine in 2005, midway through a career as a practicing corporate attorney. She completed her master’s degree and board certification in Chinese medicine and herbology in 2012 and left her legal career the following year to open Harlem Chi in her home community of Harlem.

That same year, Johanne met and began studying with the late Master Teacher Dr. Richard Teh-Fu Tan, renowned for synthesizing thousands of years of Classical Chinese medical philosophy into a revolutionary, modern, and practical understanding of the practice of acupuncture. His teachings, recognized today as The Balance Method, have both revolutionized the effectiveness of acupuncture and served as a framework for deepening understanding of the vast canon of Chinese medical science and arts.

Indeed, her Balance Method practice is what has led to her visceral awareness that to heal the individual one must always have a reverence for the natural whole.  This has inspired her to deeper investigation into the common roots and universal principles underlying healing arts across cultures from ancient African metaphysics and spirituality, to East Indian yogic sciences, to Native American spirituality and herbalism, to the spiritual, herbal, and mystical teachings of her native country of Haiti where she grew up.  She has completed formal BaZi studies and is a consummate student of the I Ching — driven by her fascination with where the science and mathematics of the East meet the West.  All of these inform and animate both her clinical practice at Harlem Chi as well as her personal self-cultivation practices.

As a natural extension of her studies and practice, Johanne is passionate about making acupuncture and Eastern medicine more accessible and mainstream. Having been educated in a system of healing that is revolutionary in its potency and efficacy, yet so simple in its execution, Johanne believes that raising awareness of Eastern medicine and philosophy will naturally lead to its becoming a primary healthcare delivery system. Her vision for Harlem Chi is to create a community institution that changes the way healthcare is managed both on a personal and community level. She invites and encourages people to discover more empowering, holistic approaches to harness their bodies’ own intelligence to heal and thrive – to sustain and achieve stronger physical health, emotional stability, mental peace, and spiritual connectedness.